CAF Dixie Wing Gets in Formation 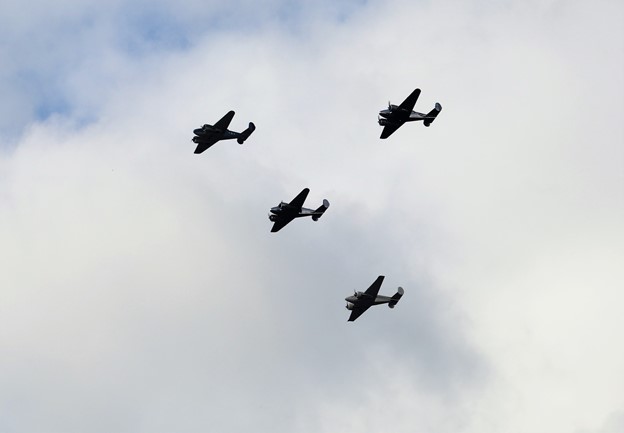 It’s a bird! It’s a plane! It’s a...no, it’s really a plane. And if you were gazing up in the sky between November 13th-15th, you may have gotten a chance to see some pretty incredible formation flying headed by Peachtree City’s very own CAF Dixie Wing. 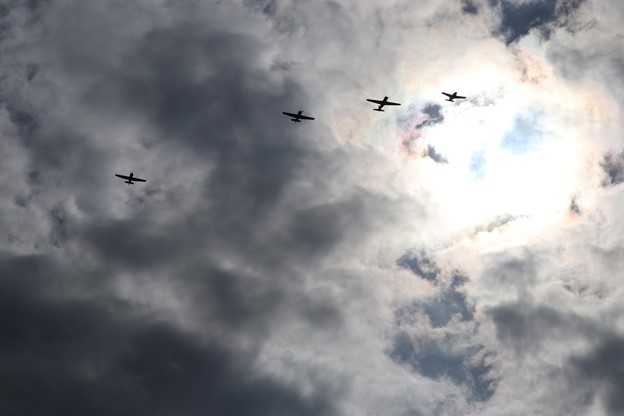 The formation clinic, held November 13th through 15th, brought in over 50 participants and instructors from Connecticut, Indiana, Missouri, Texas, and Utah, just to name a few, right here to our city. If you’ve ever been to an airshow, you’ve probably wondered just how these pilots pull off such daring and complicated acts without fail. Well, that of course takes practice, lots of it, and that’s why pilots take part in these formation clinics. The clinic's purpose, according to CAF pilot Clint Cottrell, was to provide pilots with FAA approved training so they could conduct formation flying at things like shows and other events.

The team at CAF Dixie Wing saw this as a chance to host their first ever clinic and showcase Peachtree City by making use of the excellent facilities at Atlanta Regional Airport-Falcon Field, the group’s flying museum, extensive network of aviation professionals and volunteer talent to instruct pilots on how to properly execute this technique. Infact, plans are already underway to host a follow-up formation clinic in 2021. So, chances are good that you’ll be able to catch another glimpse of these planes in action in the very near future.

Peachtree City is a great place for aviation enthusiasts, much in part to these guys. As the Georgia Chapter of the Commemorative Air Force (CAF), the Dixie Wing has restored and operates seven World War II aircraft including a P-51 Mustang, FG-1D Corsair and rare types such as the SBD Dauntless dive bomber and P-63A Kingcobra. The organization also works with local schools to help teach World War II history and inspire students to explore careers as pilots and mechanics. The unit, composed of 300 volunteers, is a non-profit, tax-exempt organization that relies on contributions of time and funds to carry out the mission of the CAF. For more information, go to www.dixiewing.org and be sure to visit the CAF Dixie Wing on your next trip to #myptc.

The Peachtree City Trip Planner is an easy way to plan your trip to our beautiful city.

Please go to "Stay", "Shop" or "Dine" to add items to your itinerary.

Plan your trip now.
My itinerary is complete: